A cash cliff spells trouble for U.S. unemployed, and everyone else 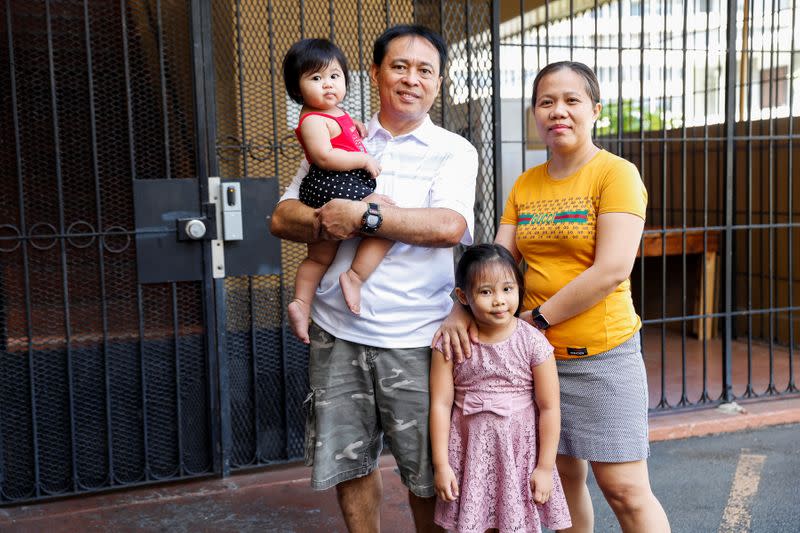 By Jonnelle Marte and Ann Saphir

That’s when the hotel housekeeper and her electrician husband – who have both been out of work for three months – expect their combined unemployment benefits to drop by more than half, and their deferred $1,500 monthly mortgage payment on their Honolulu home to come due.

It’s a cash cliff millions of Americans face this summer as the emergency benefits — which lifted U.S. consumer incomes by a record 10.8% in April — expire. The loss of that safety net looms in the weeks ahead, well before a sustained recovery is likely to take hold from the sudden and deep recession brought on by the novel coronavirus. Personal income dropped 4.2% in May, data Friday showed.

The $600 supplement Congress added to weekly unemployment benefits is due to expire July 31.

Without new support, recipients face a substantial loss of income – particularly devastating for those like the Ramirez family who worked in hard-hit sectors like hospitality where new jobs are scarce. During high unemployment and a still-raging pandemic, the end of enhanced jobless benefits could drag on consumer spending, set off a wave of missed rent and mortgage payments and translate to a slower recovery, economists said.

That’s a great concern for Rachel Finchum, 55, who lost her job at a Nashville-based T-shirt printing company after 18 years. She has sought forbearance on her mortgage but is worried about what will happen when the government programs run out.

“I’m very scared to think I may not be able to make my bills,” Finchum said. “With my future so uncertain, I have a house payment and bills based on 18 years of what I was making.”

As the novel coronavirus pandemic exploded in March and local authorities shut down large parts of the U.S. economy, the Trump administration and Congress softened the blow by moving quickly to roll out a patchwork of emergency aid.

The centerpiece: stimulus checks for most households and more generous unemployment benefits for tens of millions of newly jobless Americans.

The combined cash aid provided $3 in support for every $1 in lost income in April, Oxford Economics’ Gregory Daco estimated. And until it expires on July 31, the extra $600 weekly unemployment payment on average makes up for income lost due to unemployment and reduced hours, he said.

Indeed about two-thirds people eligible for unemployment benefits can collect more in benefits than they earned while working, researchers from the University of Chicago found.

For low-wage workers like Ramirez, the help was particularly critical. Households across the board slashed spending as coronavirus-related restrictions began in March. But after the government began issuing stimulus checks, lower-income households resumed spending much faster than higher income households, with much of the cash going to basics like utilities and groceries, said Michael Stepner of Harvard University’s Opportunity Insights.

When the extra benefits run out, jobless benefits will revert to their typical pre-pandemic levels, low by design to encourage people to look hard for work. In 15 states, the maximum unemployment benefit would replace less than half of the median earnings for a worker with a high school diploma, according to Kathryn Anne Edwards, a labor economist for the RAND Corporation.

That may pressure some people short on cash to risk their health to take a low-paying job at a restaurant or delivery company, which may expose them to the virus, said Julia Coronado, president of MacroPolicy Perspectives and a former Federal Reserve economist. “That’s a very terrible choice for our policymakers to be telling people they need to make,” she said.

And with unemployment expected to stay high and businesses in some sectors unable to open, many won’t be able to find even those jobs, she said.

The drop-off in support is also a problem for the economy as a whole, reducing GDP by 2.5% in the second half of 2020, estimated Jason Furman, a Harvard professor who ran the Council of Economic Advisors under President Barack Obama.

Congress may consider at least a partial extension of the benefits, but the uncertainty is making some families cautious about their spending, said Mark Zandi, chief economist for Moody’s Analytics.

“Lower-income households are worried that the pandemic will re-intensify and disrupt their incomes further,” said Zandi. “They are also unsure of how much – if any – more help is coming from Washington D.C.”

Ramirez, 40, spent a month chasing down her unemployment benefits after she stopped working in late March. When the payments finally started arriving, Ramirez banked them to build a cushion.

Knowing that the benefits are going to be reduced dramatically and unsure of when they’ll get back to work, Ramirez and her husband are living frugally. To save money on groceries, they wake up at 5 a.m. about once a week to get in line at a nearby food bank.

Ramirez will likely have reduced hours if she gets her job back in August, her manager told her. The hotel that employed her husband is still shut down.

“We need to have a backup,” said Ramirez, whose daughters are ages 1 and 5. “I have children to feed.”

For Finchum in Nashville, there is no prospect of a return to her old job. Her employers were nearing retirement so decided to close the business down when the pandemic struck.

“The stimulus package has been a life saver,” she said.

Rupee at over three-month peak; RBI in focus

Dollar Up, Yen Down as Investors Focus on Central Bank Policy Decisions