Asian markets rise, Brent at highest since 2014 on recovery hope 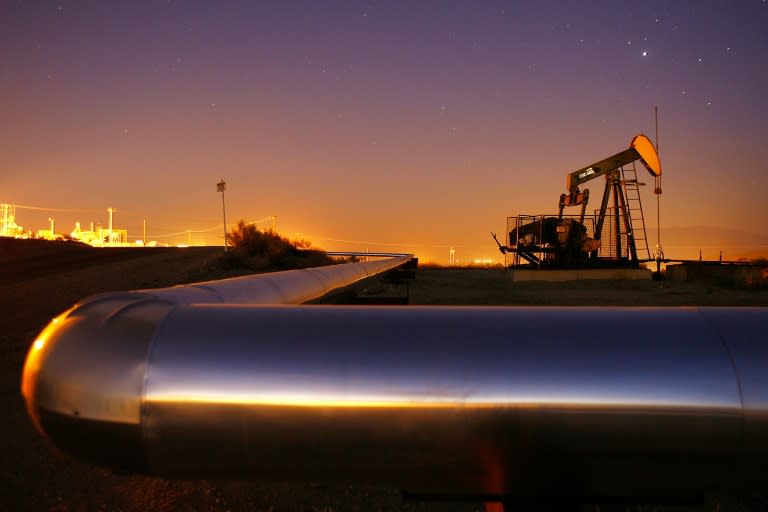 Most Asian equities rallied Tuesday and Brent crude hit a more than seven-year high as optimism over the global recovery returned to trading floors, though concerns about the end of long-running central bank support tempered sentiment.

After an almost uninterrupted rally from the dark early days of the pandemic, world markets are showing signs of levelling out as global finance chiefs shift from economy-boosting largesse to measures aimed at reining in inflation.

Still, there is an expectation that stocks will continue to enjoy further gains this year as countries reopen and people grow more confident to travel, especially as studies suggest the now more prevalent Omicron coronavirus variant appears to be milder and as vaccines are rolled out.

Analysts are also keeping an eye on the corporate earnings season that is getting under way, with hopes that firms can match their stellar performances last year.

With Wall Street closed, Asian markets recovered slightly from Monday’s travails as investors took some of their lead from Europe, where London, Paris and Frankfurt put in strong performances.

Tokyo was among the best performers, rallying 0.9 percent in the morning, while Hong Kong, Shanghai, Sydney, Singapore, Taipei and Manila were also up.

The broadly positive start to the day was matched by oil, with Brent climbing past $87 a barrel for the first time since October 2014, thanks to demand optimism as the world reopens and easing concerns about Omicron.

Hopes for more monetary easing measures by key consumer China to support its stuttering economy were also seen as a key support for the oil market.

Another factor in the latest bump was the claim of an attack by Yemen’s Huthi rebels in Abu Dhabi that triggered a fuel tank blast killing three people Monday, with the group warning civilians and foreign firms in the United Arab Emirates to avoid “vital installations”.

The news fuelled concerns about supplies from the crude-rich region.

“Sentiment in the market remains constructive, and the attack on the UAE has offered only a further boost to prices,” Warren Patterson, at ING Groep, said.

“Supply disruptions coupled with firm demand has meant that the oil market is tighter than expected.”

Meanwhile, OANDA’s Craig Erlam said trouble among OPEC and other key producers to meet targets to lift output by 400,000 barrels a month was adding to upward pressure.

“The evidence suggests it’s not that straightforward and the group is missing the targets by a large margin after a period of underinvestment and outages,” he said in a note.

“That should continue to be supportive for oil and increase talk of triple-figure prices.”

Goldman Sachs has forecast the rally in oil prices to continue, with the Wall Street titan saying it could break $100 next year for the first time since July 2014.

— Bloomberg News contributed to this story —