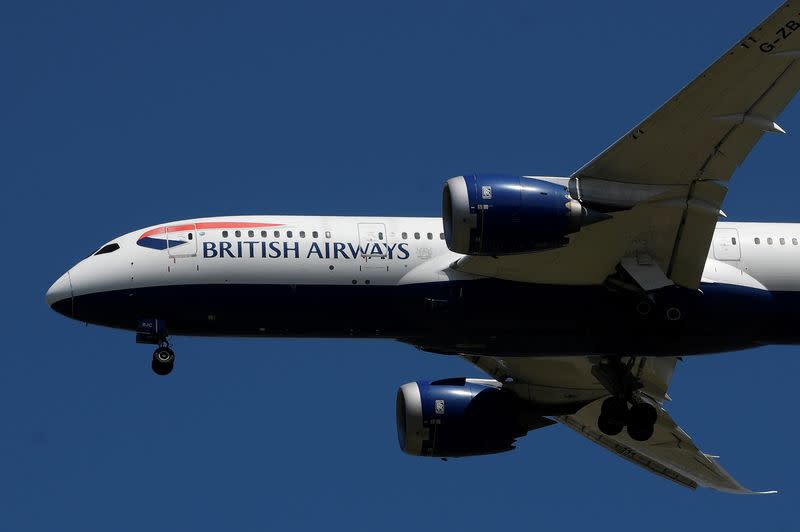 FILE PHOTO: Outbreak of the coronavirus disease (COVID-19) in London

LONDON (Reuters) – Three airlines have written to the British government in protest at its “wholly unjustified and disproportionate” quarantine rules for most international arrivals from Monday, a copy of the letter seen by Reuters showed.

With planes around the world grounded since late March, airlines had hoped to start flying from July, but bosses say quarantine measures will hamper that recovery.

From June 8, almost everyone arriving in Britain will be required to self-isolate for 14 days and to fill in a contact form with details of their accommodation.

Describing itself as a “pre-action protocol letter,” meaning it could be followed by legal action, the letter from British Airways, Ryanair and easyJet said the government had failed to justify the blanket nature of the regulations.

“The effect is to establish a wholly unjustified and disproportionate restriction on individuals travelling to England (and questionably the United Kingdom) and will inevitably mean that there is very little increase in the numbers of persons leaving and entering the country,” the letter said.

Willie Walsh, the chief executive of BA owner IAG said on Friday the industry had not been consulted and the company was considering a legal challenge.

The government has said the new regime will be in place across Britain, although enforcement measures will be set individually by each of the devolved nations. In England, a breach of rules will be punishable with a 1,000 pounds ($1,266) fine.

The airlines say the quarantine measures are more stringent than those imposed on people suspected of being or confirmed to be infected by the novel coronavirus who are asked to isolate and do not face criminal sanctions.

Their letter also said it was “illogical and irrational” to impose quarantine on people arriving from European Union countries that have lower infection rates than Britain.

Asian Stocks Down Over Surprise Jump in U.S. Inflation