Beards and barking dogs: how Telefonica merged O2 in the middle of a pandemic 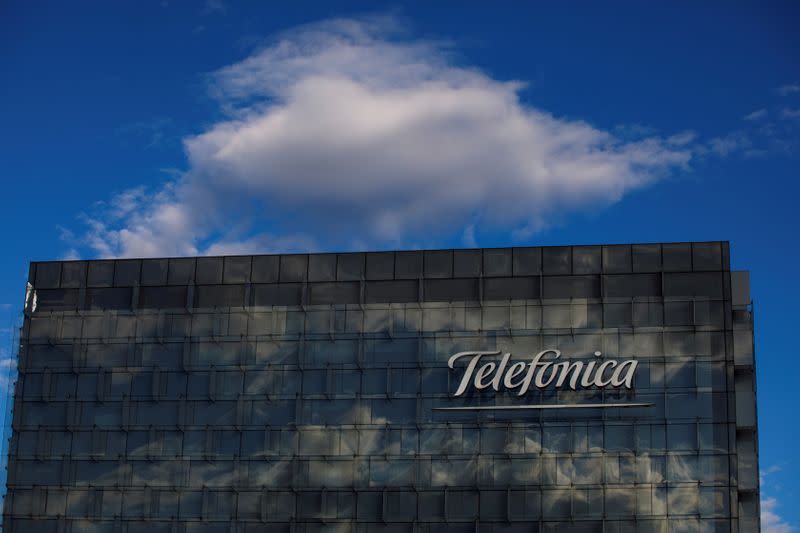 By Pamela Barbaglia and Isla Binnie

LONDON/MADRID (Reuters) – The biggest deal since the coronavirus forced the world into a lockdown was sealed thanks to a frantic round of late night calls among bearded faces and without even a virtual toast to mark the creation of a new force in the British telecoms sector.

Telefonica dubbed the deal Project Hawaii while Liberty called it Project Pink as the merger would mix the red and white colours of Virgin Media and O2’s brands, the sources said.

At the time pandemics were years in the past.

Telefonica and Liberty Global signed a confidentiality agreement in mid-December and started sharing private information about their UK units over Christmas, using financial advice from a small pool of bankers at Citigroup and LionTree, respectively.

Negotiations started in earnest in February when the companies agreed to a 50:50 joint venture deal and Liberty added JPMorgan to its advisory line-up to iron out the financial details, the sources said.

The last meeting the executives and their bankers had in person was on March 11 on the outskirts of London, Telefonica’s Chief Operating Officer Angel Vila said.

“That is the last time we physically saw each other’s faces. From that point we had to do everything remotely,” he said.

As the coronavirus emergency unfolded, facial hair started to grow on the faces of both bankers and executives glued to their computer screens and fancy suits were replaced by casual sweaters.

“We heard barking in the middle of the negotiations on the shareholders’ agreement and people’s children appeared,” Vila said.

“We are quite casual people when we are at home,” one of the sources added, saying beards were growing longer in the run up to the announcement.

To ensure secrecy the advisers tested several video platforms and ditched Zoom for Webex whose video quality and security was deemed superior, two of the sources said.

With the chief executive of Virgin Media being based in Denver, Colorado, online meetings had to take into account the eight-hour time difference with Madrid.

Adding to the hassle of planning calls was the fear of catching the virus. One of the dealmakers involved in the negotiations contracted the coronavirus.

“One of the key people was sick with the virus,” said Telefonica’s Chief Finance and Control Officer Laura Abasolo, without disclosing the person’s identity.

But talks went on nevertheless.

“There were days and days of calls and meetings with the financing team. It was brutal … every day at all hours of the day, often the small hours,” she said.

In the end the tight-knit relationship between Liberty’s boss Mike Fries and his Telefonica counterpart Jose Maria Alvarez-Pallete made the difference in taking the $38 billion (31 billion pounds) merger of their British businesses to the finish line, the sources said.

“This wouldn’t have been the same if we hadn’t had a relationship of trust on both sides,” Pallete said, stressing the importance of the human factor that computer screens can take away.

The deal was eventually signed in the early hours of Thursday, with bankers staying up all night to iron out the final details ahead of an official announcement at 0515 GMT (1:15 a.m. ET)

No handshakes and fancy meals followed as Britain remains in lockdown and sleepless bankers were not in the mood to celebrate.

“Maybe at some point we will have virtual drinks. For now it’s the bed sheets that look more attractive,” one of the sources said.