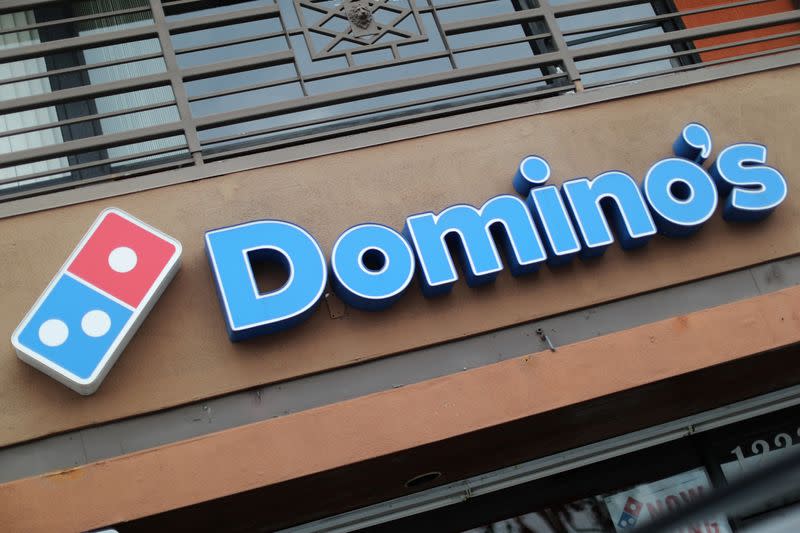 (Reuters) – Domino’s Pizza Inc on Thursday pulled its long-term forecast and said international comparable sales fell 3.2% in the first three weeks of the current quarter as stores remain shut due to the coronavirus pandemic, sending its shares down about 5%.

The pizza chain, however, said U.S. same-store sales rose 7.1% in those weeks starting March 23 to April 19, benefiting from home-delivery orders from diners under lockdowns imposed to curb the spread of the contagious virus.

Restaurants are one of the hardest hit sectors from the health crisis as stay-at-home and social distancing orders have stopped customers from dining out.

“The reality is that the world is changing very rapidly and we are much more focused on the present and on how we’re going to continue to navigate this crisis going forward,” Chief Executive Officer Ritch Allison told analysts.

“The restaurant industry is facing an existential crisis. And no one knows how many restaurants will survive or what form the industry will take as this crisis eventually abates.”

Domino’s said all company-owned U.S. stores were open, with dining rooms closed, and about 1,750 international stores were temporarily closed.

Pizza chains, including Domino’s and rival Papa John’s, have recently added tens of thousands of U.S. jobs to cater to higher demand, as pizza remains very popular among consumers who are presently relying heavily on home delivered food.

“But Q2 also highlights divergences between the U.S. – where stores remain open and pizza has a very strong value proposition – and international markets where closures are more widespread.”

For the second quarter, Domino’s said it expected to incur a hit of about $20 million due to lower royalties from its international franchisees and investments in supplies, such as face coverings and gloves.

The company cited uncertainty surrounding the global economy due to the virus outbreak for pulling its forecast. The virus has infected more than 2.62 million people globally, including nearly 840,000 in the United States.

Comparable sales for U.S. stores rose 1.6% for the first quarter ended March 22. Analysts had forecast a rise of 1.89%, according to IBES data from Refinitiv.

(Reporting by Nivedita Balu in Bengaluru; Editing by Shinjini Ganguli)