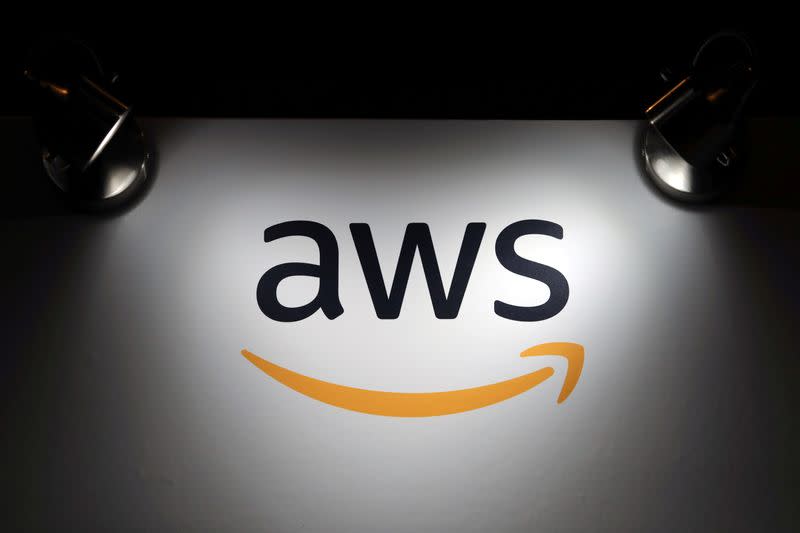 FILE PHOTO: The logo of Amazon Web Services (AWS) is seen during the 4th annual America Digital Latin American Congress of Business and Technology in Santiago

By Paresh Dave and Stephen Nellis

(Reuters) – As lockdown orders force billions of people to work, learn and play from home during the novel coronavirus outbreak, usage has surged for the cloud computing services that power video conferencing, streaming television and online games.

In particular, peak daily usage for Google’s Meet videoconferencing tool has shot up 30-fold since January while the number of daily users for Microsoft’s Teams chat system has more than doubled to 75 million since early March.

But at the same time, the companies have seen a drop-off in new contracts from big clients for server storage and to overhaul technology, company executives and analysts said this week. The massive, multi-year deals normally account for a greater portion of revenue than contracts for workplace software such as Teams and Meet.

For instance, Microsoft said it put limits on how much cloud computing new customers could consume because of equipment shortages due to lockdowns.

“We’re generally utilizing servers and infrastructure that we’d already bought…because the ability to get tons and tons of new servers in with the supply chain out of China was constrained,” Microsoft Chief Financial Officer Amy Hood told Reuters in an interview.

The cloud provider sector saw first-quarter revenue growth of about 34%, less than the 37% growth in the fourth quarter, according to research company Canalys. It added there had been little change in market share for the top three in the $31 billion global industry.

“Cloud investment in the worst-affected vertical segments, such as hospitality, aviation, construction, tourism and manufacturing, is being scaled down or delayed,” Canalys said in a report on Thursday. “This has offset some of the short-term growth enjoyed during the quarter.”

Whether the cloud providers see a boost to overall revenue growth from the pandemic in the current quarter or later this year remains unclear.

Businesses and governments have begun to transition from rolling out emergency measures to preparing for re-opening in the coming months, but their virus-hammered budgets could curtail spending and force cloud providers to extend giveaways.

Market researcher IDC last week downgraded its forecast for global IT spending in 2020 to a 2.7% decline compared with a previous estimate of a 3.6% rise because of the pandemic.

Microsoft Azure, which is No. 2 in cloud revenue after Amazon Web Services, saw its sales growth rate slow the most, at 59% in the first three months of the year from 62% in the prior quarter, company data showed.

One of Microsoft’s biggest sources of revenue is large businesses tackling complicated technology problems, like moving entire financial software systems to Microsoft’s cloud from their own servers.

Microsoft executives said this week that while large companies like Anheuser Busch InBev NV are continuing with these migrations, growth in consulting revenue that often accompanies these complex projects had tapered as customers postponed projects.

As much as a fifth of Microsoft’s cloud revenue could face volatility in the coming quarter because of those delays, the company said.

Google Chief Executive Sundar Pichai also said this week that it is taking longer to close cloud deals but did not offer revenue guidance.

In the first quarter, revenue for Google Cloud, which includes sales of storage services as well as workplace software, grew 52% from a year earlier compared with 53% in the prior quarter.

John Dinsdale, a chief analyst at Synergy Research Group, said though some buyers are delaying, their plans to adopt more cloud services have not changed.

“The signs for the leading cloud providers remain very positive,” he said by email.

Amazon, which saw Amazon Web Services revenue growth drop to 33% in the first quarter from 34% a quarter earlier, pointed to an increase in future spending commitments from customers as evidence its business remains healthy.

“We’ll just continue to follow government guidelines and get back to construction when it is safe to do so,” Hood said.

Donald Trump ‘tested so many parts’ of Facebook: Author