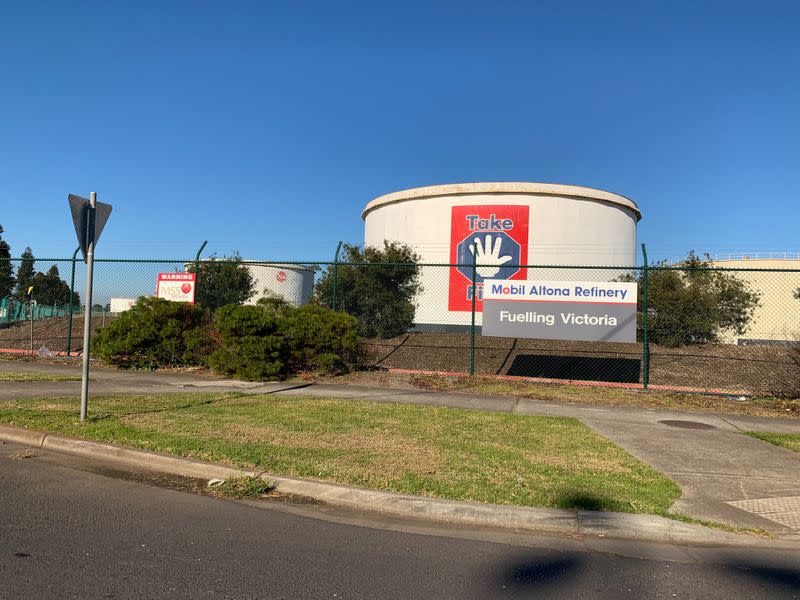 MELBOURNE (Reuters) – A coronavirus-driven collapse in fuel demand is threatening Australia’s oil refining industry, just as supply chain disruptions wrought by the pandemic have focused the government on the need to shore up fuel security.

Already dependent on imports for more than half its fuel needs after the closure of four refineries since 2003, industry and analysts say at least one of the country’s four remaining refineries could close unless the government steps in.

Pandemic lockdowns decimated demand for gasoline, jet fuel, diesel and shipping fuel, hitting refiners that only recently enjoyed a return to profitability after years in the red.

As well as seeking proposals to build fuel storage, Energy Minister Angus Taylor launched talks with the industry on how to shore up the refineries, aiming to “protect Australia’s national sovereignty”.

“I’m sure the government is very keen to make sure the country doesn’t lose the majority of them,” said Mark Samter, an analyst at MST Marquee.

Combined, the four refineries have a capacity of just 464,000 barrels per day (bpd), compared with Asia’s biggest refinery, the 1.24 million bpd Jamnagar plant in India.

There is also some uncertainty over the majors’ long-term commitment to refining in Australia, with Exxon having put long-held local oil and gas assets up for sale and BP’s energy priorities shifting.

Critically, the pandemic has smashed earnings just as the refiners face decisions on whether to invest a total of A$1 billion ($690 million) to upgrade their plants to produce gasoline with lower sulphur content from 2027. Work would have to begin in 2022 to meet the deadline.

“Whilst we support the investment and support the outcomes it will deliver, it is an investment that’s not going to deliver any extra return for the refinery, therefore it’s a difficult one to make, and it’s obviously a sizable one,” Viva Energy Chief Executive Scott Wyatt told Reuters.

Options to help the industry could include direct subsidies for plant upgrades, a government-underwritten minimum refining margin, or fuel excise relief, Samter said.

Another option could be to skip the expensive refinery upgrades and instead run at lower rates locally while importing higher quality fuel as there will likely be a global gasoline surplus, said WoodMac’s Gupta.

If any refineries close, the most likely would be Exxon’s Altona facility in Victoria state, the oldest, and Ampol’s Lytton plant in Queensland, which has already been shut for extended maintenance, said Samter.

Ampol sees no problem with relying on imports.

“We remain of the view that there is no issue with security of supply, and we have very secure supply chains,” Ampol Chief Executive Matt Halliday told Reuters.

“But we also understand that the government is looking at supply security through a slightly different lens at the moment.”