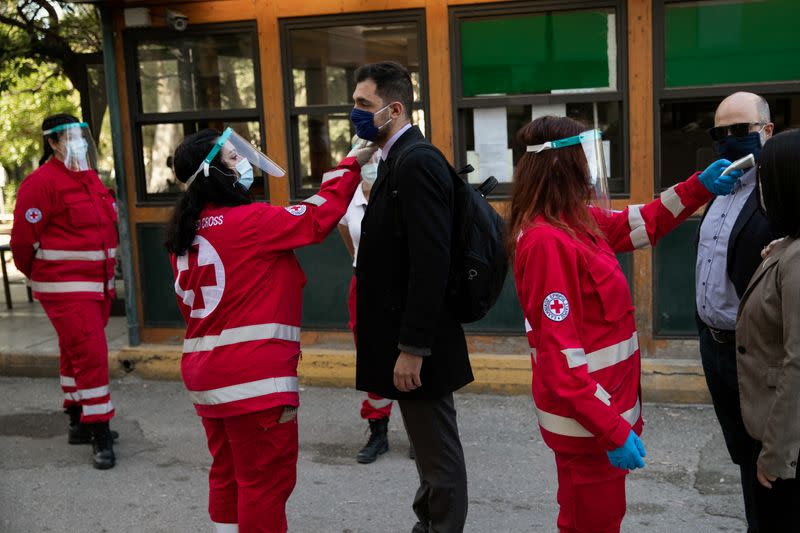 ATHENS (Reuters) – Greece expects its economy to contract by 4.7% to 8.9% this year under baseline and adverse scenarios taking into account the impact of the coronavirus pandemic, the government’s 2020-21 stability programme submitted to the EU Commission projects.

“The coronavirus outbreak has imposed a burden on the Greek economy as on the rest of the world economy, reversing the initial favourable short-term forecast,” the finance ministry said.

The pandemic clouds the outlook for the global economy with a high degree of uncertainty. Demand, supply and liquidity shocks to the world economy set the stage for a deep global recession, worse than that of the 2008 financial crisis, the report said.

The Greek economy is exposed to external shocks due to a considerable dependency on tourism and transportation receipts,” it said, noting that the government’s main goals now were to bridge the growth gap caused by the health crisis and attract investment.

The baseline projection for a 4.7% contraction takes into account the impact of policy response measures and assumes that the public health crisis fades in the second half of 2020.

But under an alternative set of more adverse assumptions, the programme projects a significantly deeper contraction of up to 8.9% due to a steeper drop of exports and broader negative spillover effects.

Either way, the primary budget balance, which excludes debt servicing outlays, will be in the red, according to the ministry projections – with a deficit of 1.9% under the baseline assumptions and a 2.8% hole under the adverse scenario.

Greece, which emerged from its latest international bailout in August 2018, had managed to outperform its primary budget target for five consecutive years and deliver primary surpluses of more than 3.5% of economic output.

Finance Minister Christos Staikouras said in March that Athens would get more fiscal flexibility to tackle the coronavirus crisis and will not be constrained by a commitment to the European Union to deliver previously agreed budget savings.