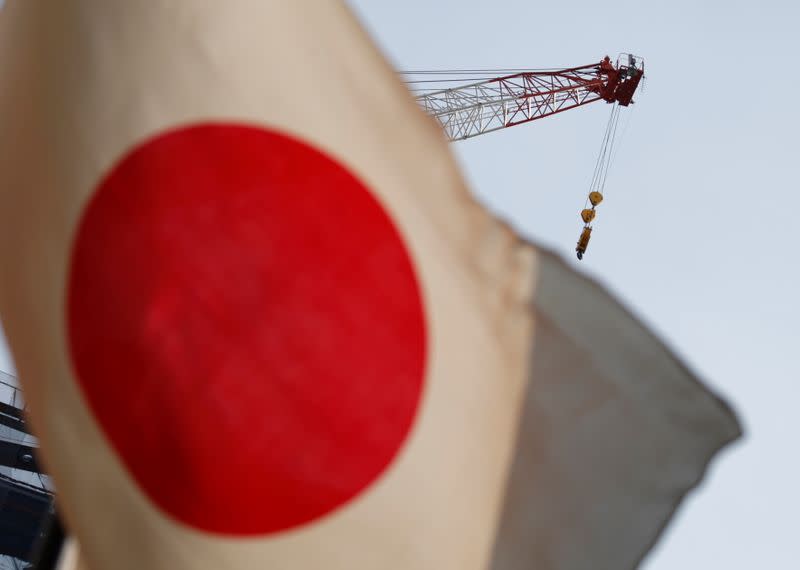 TOKYO (Reuters) – Japan’s economy shrank less than initially estimated in the first quarter but the broad impact from the coronavirus crisis is still expected to send the country deeper into recession.

A series of recent April data including exports, factory output and jobs figures suggested Japan is facing its worst postwar slump in the current quarter as the outbreak forced people to stay at home and businesses to close globally.

The world’s third-largest economy shrank an annualised 2.2% in January-March, revised data showed on Monday, less than the 3.4% contraction indicated in a preliminary reading and compared with a median market forecast of a 2.1% drop.

The revised data confirmed Japan had slipped into recession for the first time in 4-1/2 years, after a 7.2% contraction in October-December, pressured by last year’s sales tax hike and the U.S.-China trade war. Recessions are defined as two straight quarters of contraction.

On quarter-on-quarter basis, the economy contracted 0.6% in the first quarter compared with an initial reading of a 0.9% decline.

Business spending showed gains after the finance ministry’s survey earlier this month, which was used to calculate the revised gross domestic product, drew fewer respondents than usual. Spending is expected to falter in coming months.

Capital spending rose 1.9% from the previous quarter, reversing from a preliminary 0.5% fall.

Private consumption, which accounts for more than half of Japan’s economy, fell 0.8% compared with the preliminary 0.7% decline, as solid demand for daily necessities was offset by declines in spending on services.

Analysts are forecasting the economy will suffer an annualised contraction of more than 20% in April-June as Prime Minister Shinzo Abe announced a state of emergency and requested citizens to stay home and businesses to close to prevent the virus spreading.

Although the emergency was lifted in late May, the economy is expected to recover only moderately in coming months due to the pandemic’s sweeping impact globally and at home.

The Bank of Japan is likely to maintain this month its projection that the economy will gradually recover from the damage in the latter half of this year, sources said.

The BOJ eased monetary policy for two straight months in April, joining government efforts to cushion the blow from the pandemic. The government has compiled two stimulus packages worth a combined $2.2 trillion.