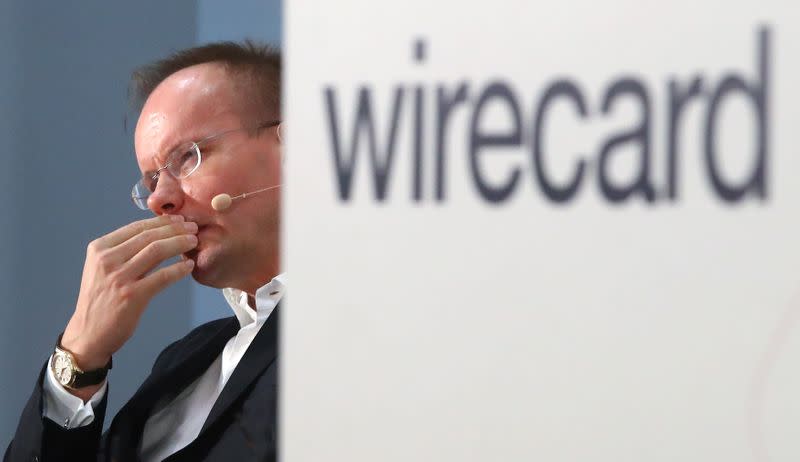 BERLIN (Reuters) – An independent investigation by auditor KPMG into Wirecard <WDIG.DE> found on Tuesday the German payments company did not provide sufficient documentation to address all allegations of accounting irregularities made by the Financial Times.

Following the release of the report, Wirecard said the KPMG audit had not uncovered incriminating evidence to support allegations it manipulated its accounts and it would not restate its accounts for the years 2016 through 2018.

“I would like to underline that, overall and in every point, the allegations were not confirmed,” CEO Markus Braun told a conference call with reporters.

KPMG is continuing its analysis for last year after receiving fresh data, Wirecard said on Tuesday, as it delayed the publication of its annual results.

The German payments company hired KPMG last year to conduct an independent audit to address allegations by the British newspaper, including that its Singapore office had booked fake transactions to inflate revenues.

The company has denied wrongdoing, taken legal action against the FT and said it has already acted to tighten up on compliance.

Wirecard, founded in 1999, has profited from a boom in online payments by acting both as an acquirer, handling payments to hundreds of thousands of merchants, and as an issuer of real and ‘virtual’ payment cards to consumers.

Under Braun, who remains its largest shareholder, it won a spot in Germany’s blue-chip DAX 30 <.GDAXI> index in 2018. The allegations have dogged the company over the past year, wiping more than a third off its value.

On Tuesday, publication of the KPMG audit sparked a 19% slump in shares in Wirecard.

“The accompanying statement by Wirecard does nothing to allay our concerns,” said Mirabaud analyst Neil Campling, who has a ‘sell’ rating on Wirecard.

The KPMG report did not include overarching conclusions but addressed four main allegations, including that Wirecard had booked half of its worldwide revenues from three obscure third-party acquiring partners.

It also addressed allegations by the FT of fraudulent accounting at its Singapore office and overpaying for assets in India, and from anonymous website MCA-Mathematik of inflating the size of cash advances to merchants.

“We cannot make a final judgment on whether the documentation and information are complete, correct and free of contradiction,” KPMG said in the 58-page report.

“To this extent, we cannot rule out that we would have come to a different result if we had obtained access to further information and documents.”

Wirecard either did not provide documents requested by KPMG, or only did so months later, which caused delays to the overall investigation, KPMG said, adding that interviews with managers had also been postponed repeatedly.

“The documents presented to KPMG were almost exclusively in electronic form, making their authenticity impossible to verify,” it said, also pointing to a lack of cooperation from Wirecard’s third-party acquiring partners.

In a statement, MCA-Mathematik said Wirecard management had “intentionally misled investors about the nature of the merchant cash advance lending programme” and called for the executive board to be suspended.

Singapore police confirmed that an investigation opened last year was continuing but did not comment further on KPMG’s report. No comment was immediately available from the Financial Times or reporter Dan McCrum.

Google searches for Bitcoin are on the rise in Cuba