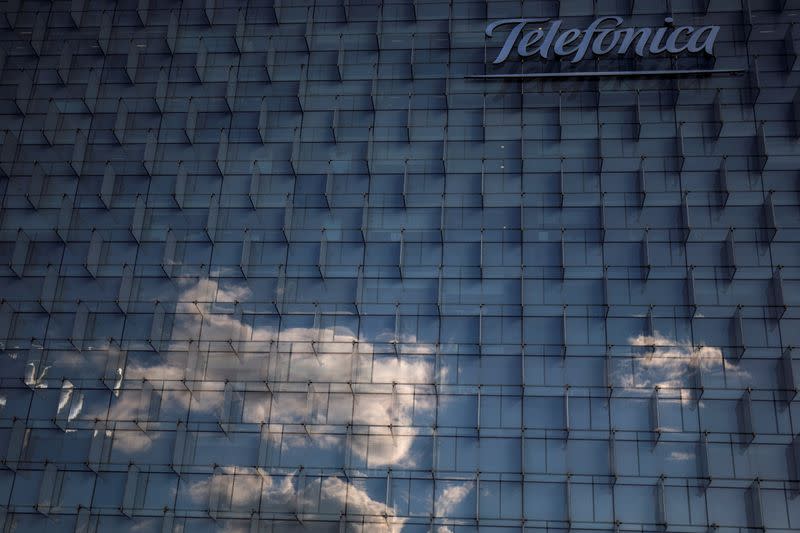 By Paul Sandle and Isla Binnie

LONDON/MADRID (Reuters) – Liberty Global and Telefonica have agreed to merge their British businesses in a $38 billion deal that will create a powerhouse in mobile and broadband to take on market leader BT.

In the biggest shake-up of the British telecoms market for five years, the deal will bring together the biggest cable TV provider in Liberty’s Virgin Media with Telefonica’s O2, the second-largest mobile operator.

The tie-up mirrors a succession of European deals struck by Liberty’s billionaire founder John Malone to create one-stop shops for mobile and broadband. The Telefonica deal will allow the debt-laden Spanish company to extract cash while remaining in Britain, having tried and failed to sell O2 in 2016.

It will also force rivals Vodafone, Comcast’s Sky, Three UK and TalkTalk to examine whether they need to have the full set of fixed and mobile assets to keep up.

“It’s not a secret any more, when 5G meets 1 gig broadband we know magic can happen for customers,” Liberty Global CEO Mike Fries told reporters on a conference call, referring to superfast internet speeds in both mobile and broadband.

Telefonica CEO Jose Maria Alvarez-Pallete said the two businesses would be “much stronger together”.

Under the terms of the deal, one of the biggest since the coronavirus pandemic upended the world economy, the parent companies will have equal ownership of the combined entity. They expect to achieve 6.2 billion pounds ($7.7 billion) in total operating benefits, equivalent to 540 million pounds a year by the fifth full year after closing.

The newly formed entity will invest 10 billion pounds in the UK market over five years.

That will help it to keep up with former British monopoly BT, which on Thursday announced it was spending 12 billion pounds to upgrade its legacy copper network to faster full-fibre connections, targeting 20 million premises by the mid-to-late 2020s.

The new group will also hope to capture a bigger share of the business sector, competing with BT and Vodafone just as the coronavirus pandemic forces companies to cut spending.

It could further hurt Vodafone, the world’s second-biggest mobile operator, which has struggled in its home UK market and had signed a deal to provide mobile services to Virgin from next year.

Shares in BT, which announced separately that it was suspending its dividend until 2021/22, fell as much as 12% to an 11-year low of 101.1 pence before retracing some losses.

Telefonica’s share rose 3.5% at the market open but turned negative as investors digested news of the deal and of falling quarterly profit and an option for shareholders to receive part of their 0.40 euros dividend in stock.

Alvarez-Pallete, who has responded to concerns over low profit growth and high debt with a plan to focus on more profitable markets including Britain, told a virtual news conference he had not expected the market to reward Thursday’s announcement immediately.

“We are convinced that with both these actions – signing this deal and the dividend policy we have proposed – our company gets stronger,” he said.

Including O2, Telefonica’s UK business has about 34.5 mobile connections and generated 14.7% of group sales last year.

Vodafone shares dipped 1% in morning trade before edging into positive territory in the afternoon.

Liberty’s Fries said the merger talks with Telefonica started before the coronavirus outbreak swept the world.

CCS Insight analyst Kester Mann said the O2 brand had strong customer loyalty so should be kept if any others were to be cut.

Virgin Media, bought by Malone in 2013, was formed from a combination of Britain’s cable assets and Virgin Mobile, the pioneering virtual mobile network, in 2007. It licenses Richard Branson’s Virgin brand and has about 6 million cable customers and 3.3 million mobile customers.

The 79-year-old Malone has built his empire over more than 40 years of dealmaking in the cable and pay-TV industry, funded largely through debt.

Liberty is one of Europe’s largest TV and broadband companies, with operations in six countries under the consumer brands of Virgin Media, Telenet and UPC. Malone sold his networks in Germany and central Europe to Vodafone last year as part of the wave of deals to combine mobile with fixed-line operations.

Analysts expect this deal, which involves predominantly mobile and fixed-line operators rather than two mobile firms, to be approved by regulators, as occurred with BT’s purchase of EE.

Liberty was advised by J.P. Morgan and LionTree while Citigroup acted as financial adviser to Telefonica.

Bitfinex to compete with DeFi with new borrowing service