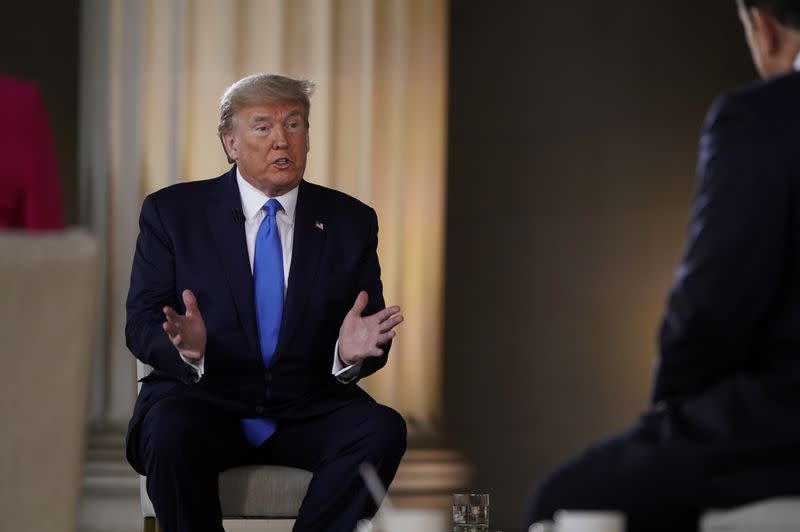 WASHINGTON (Reuters) – U.S. President Donald Trump said there had to be more help for Americans suffering from the economic tailspin brought about by the new coronavirus in a possible hint he wants Congress to pass another aid bill.

The comment came the day before the U.S. Senate returns to Washington, after Congress had passed $3 trillion intended to ease the heavy economic toll of the crisis.

“It’s not your fault,” Trump said in a virtual town hall on Fox News held at the Lincoln Memorial in Washington. “There is more help coming. There has to be.”

Democrats have made clear they want to provide a sizable rescue package for state and local governments as part of a broader bill – one that could total over $2 trillion – while some Republicans criticized the idea as unreasonably expensive.

Congressional Republicans have said their next top legislative priority related to the coronavirus will be steps to protect businesses from being sued when the economy begins to reopen.

About half of U.S. states have moved toward at least partial lifting of shutdowns as the number of new COVID-19 cases has begun to drop or level off and as citizens agitate for relief from restrictions that have sent the economy into a tailspin.

The patchwork response reflects varying health conditions around the country, the primacy of state governments in making decisions to limit residents’ movements to slow the disease’s spread, as well as the absence of clear federal direction.

According to a Reuters tally, at least 1,150,725 cases of the novel coronavirus have been reported in the United States and at least 66,818 people have died from the COVID-19 disease since the first U.S. case was diagnosed in Washington state on Jan. 20.