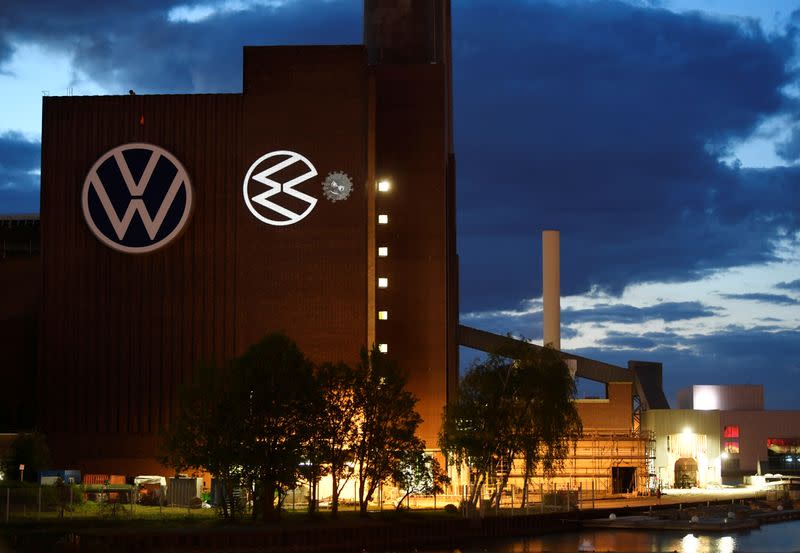 FRANKFURT (Reuters) – Volkswagen <VOWG_p.DE> the world’s largest carmaker by sales, on Monday said it had resumed work at its biggest factory in Wolfsburg, Germany, to give its workers time to adapt to new hygiene measures to combat the coronavirus.

Encouraged by a fall in infection rates, Germany eased lockdown rules and carmakers are relying on the country’s ability to trace and contain the coronavirus to put Europe’s largest economy back to work.

In Wolfsburg, around 8,000 workers started building cars again on Monday, including the Volkswagen Golf. This week 1,400 cars will be built, followed by 6,000 cars in a fortnight, Volkswagen said.

Production capacity in the Wolfsburg plant will be at around 10%-15% to begin with, and reach around 40% of pre-crisis levels in the week after, Andreas Tostmann, Volkswagen brand’s board member responsible for production told Reuters.

“The restart of Europe’s biggest car factory after weeks of standstill is an important symbol for our employees, our dealers, suppliers, the German economy and for Europe,” Tostmann said.

Volkswagen has overhauled its procedures to include extra hygiene measures. Workers are told to measure their temperature and to get changed into their overalls at home, to prevent crowding in factory changing rooms.

Extra markings have been put on the factory floor so that workers are better able to adhere to a 1.5 metre social distancing rule, and extra time is provided so that employees can disinfect their tools and surfaces, VW said.

Volkswagen began producing components in Braunschweig, Kassel, Salzgitter and Hanover in early April and resumed car manufacturing in Zwickau and Bratislava on April 20 and in Chemnitz on April 23.

This week Volkswagen Group will re-start production in Portugal, Spain, Russia, South Africa and South America and from May 3 onwards in Chattanooga in the United States.

Volkswagen further said that around 70% of its dealerships in Germany had re-opened.

The HERoes Top 35 Advocates for Women in Business 2021