Wall Street rises on hopes worst for labor market is over 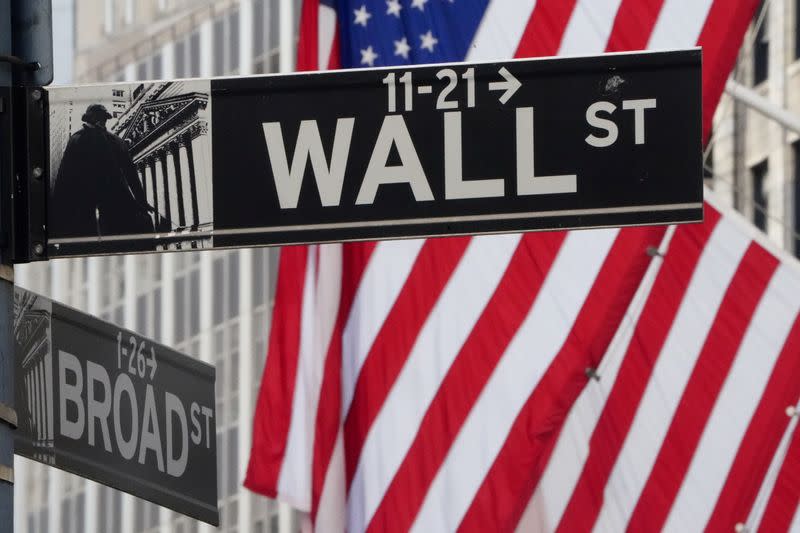 By Shreyashi Sanyal and C Nivedita

(Reuters) – Wall Street gained on Thursday as jobless claims declined for the third straight week, raising hopes the worst of the coronavirus pandemic’s impact on the labor market might be over, but a crash in business activity dulled sentiment.

Data on Thursday showed 4.43 million Americans filed for unemployment benefits in the week to April 18, down from a revised 5.24 million in the previous week.

The latest number was still high and took the total in the past five weeks to a record 26 million as state-wide shutdowns to contain the coronavirus sparked production halts and mass staff furloughs.

“The decline in initial jobless claims is encouraging, but the damage has already been done with the insured unemployment rate surging to a record high in the (previous) week,” said Paul Ashworth, chief U.S. economist at Capital Economics.

U.S. stock indexes have rallied this month on a raft of global stimulus, but the benchmark S&P 500 remains more than 15% below its record high as worsening economic indicators foreshadow a deep global recession.

Still, the mood in early trading was risk-on with the only decliners among the 11 S&P 500 sub-indexes being defensive utilities, real-estate and consumer staples.

The CBOE volatility index has retreated from 12-year peaks hit last month, but analysts warned of another selloff as Corporate America issues worrying forecasts for the year.

“The worst is probably over in terms of the epidemic, but with oil prices at these levels, there will be layoffs coming in from the energy sector and that will offset the fact that states are beginning to open up,” said Peter Cardillo, chief market economist at Spartan Capital Securities in New York.

The energy index climbed 3% as oil prices recovered in a tumultuous week that saw U.S. crude crashing below zero for the first time in history.

Meanwhile, Congress was preparing nearly $500 billion more in aid for small businesses and hospitals, which is expected to clear the House of Representatives later in the day.

Analysts have sharply cut their S&P 500 profit expectations for the first and second quarters, while companies launched dramatic cost-cutting measures to ride out the economic slump.

Retailer Target Corp reported a surge in digital sales in March and April, which offset a slump in-store sales. But its shares fell 3.1% as margins were hit by higher costs.

Shares in Wynn Resorts, MGM Resorts and Melco Resorts gained between 3.7% and 8.5%.