Whether Wilkins, Macklem or a dark horse, next Bank of Canada chief can make own mark 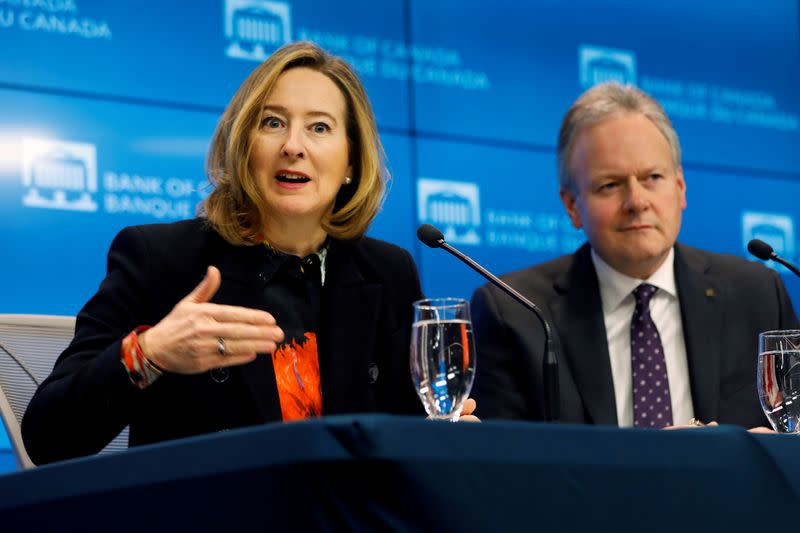 TORONTO (Reuters) – The next governor of the Bank of Canada has room to make an immediate impact on monetary policy, economists say, as the central bank’s response to the coronavirus crisis likely shifts from financial market support to boosting economic recovery.

With the start of the new governor’s seven-year tenure on June 3, the appointment is likely to come very soon. The bank’s board of directors oversees the selection process, but the finance minister and the prime minister have the final say.

Current Bank of Canada Governor Stephen Poloz has had his hands full since March rolling out programs to alleviate financial market stress. But as market strains ease and some provinces make plans to loosen social distancing restrictions, the central bank could pivot to managing rates from managing liquidity.

While some have speculated that Poloz’s tenure could be extended amid the coronavirus outbreak, he has said his retirement plans have not changed. [nL8N2BO6RB]

“Poloz has left a lot of tools unused so far,” said Royce Mendes, a senior economist at CIBC Capital Markets. “Even though he has taken unprecedented actions, there is scope for the new leader to put their stamp on it in different ways.”

New measures could include promising to hold the benchmark overnight interest rate near zero for a long period and setting a target for long-term rates. That target could be the 5-year bond yield, which helps determine the rate on the majority of mortgages.

Interest rate targeting is the appropriate policy “when you move from damage control to recovery,” Mendes said.

Strategists at TD Securities, including Andrew Kelvin, estimate purchases will reach C$500 billion, equal to more than 20% of the economy, over the next two years as economic damage mounts.

The bulk is seen in government debt. That could help Ottawa finance a ballooning deficit, projected by TD at C$250 billion for the current fiscal year.

“They may not want to talk about targeting rates… but at the end of the day if they wind up buying C$40 billion of bonds in the 10-year area, that is going to have an impact on rates,” Kelvin said.